**This is old. See the mod’s permanent official page.

Welcome!  If your here, then you’re looking for some lore-friendly virtual real-estate in Skyrim.  Luckily for you, an underground castle is available in Blackreach with all the essentials.  Now your thinking, thats a dangerous place for a home.  Don’t worry, plenty of defenses have been put in to keep the creatures of Blackreach out of your home.  The castle has an interesting layout & is beautifully constructed.  Everything is lore-friendly. You may Download the Mod file from Skyrim Nexus.

END_OF_DOCUMENT_TOKEN_TO_BE_REPLACED 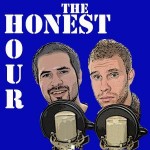 ZaBorski was featured on the Internet Radio Show, ‘The Honest Hour‘. He was asked to be a guest on the show after composing the intro music for their podcast. He talked a little bit about music theory and his musical background. The Honest Hour is a show with open conversation with a variety of topics. The best part is that the show is un-edited, so you know get the Honest Truth.

The Instrumental track that Zaborski made for their intro, is a laid back, chill beat, with jazzy elements. The song was originally sampled from RJD2, Ghost Rider. Even though it was sampled, Zaborski’s track sounds almost nothing like the original. But the original essence, or mood and feel, is captured and projected throughout the song.

If anyone needs a song or music intro for their podcast, show, business, or whatever; Send me an email and we’ll discuss it. I do all genres and styles of music.

Check out more of my music and weird sounds: Sound Artist 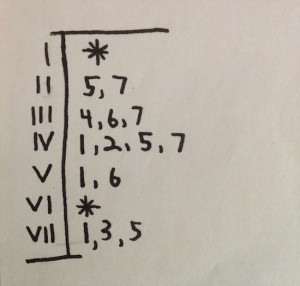 Last week we discussed labeling the keys in each repeating section and labeled them 1-7. We followed that crazy chart. But hopefully you figured it out and created some really interesting chord progressions. If not, please don’t hesitate to ask questions.

So you remember in the last lesson, you start on number one and from there it’s a wild card. You can go to any number you want. After that, depending on which number your on, you have to obey which numbers you are allowed to go to next. And the idea is to get END_OF_DOCUMENT_TOKEN_TO_BE_REPLACED

JeFF ZaBorski is really excited to release his first soundtrack. He started working on these sinister compositions a year prior to this album’s release and started playing piano 6 months prior to that.

Each track was designed to envoke a specific emotion or feeling. Each tonal note strategically placed. Chords converted into color, applied color theory rules, then converted back to have music theory rules applied to them. These tracks are very musically correct and tell an amazing story through the wavelength of the chord and the character of the instruments voice.

This music is currently all free.  ZaBorski just wants people to listen and enjoy!  And hopefully they will envision and feel what he felt when he composed them.

Check out more of my music and weird sounds: Sound Artist

Today is my 22nd Birthday!!! Wow I feel old. Someone shouldn’t have to work or go to school at 8am on their birthday. But you gotta do what ya gotta do but enough about that.

JeFF ZaBorski’s first soundtrack, Dark Mystics will be released this Friday, April 20th 2012. That way you have some sinister beats to listen to for the holiday weekend. After that, soundtrack singles will be released often so you can be enthralled by the mystical sounds from a Wizard named ZaBorski!

Today I’m going to teach you the very basic starting point of Music Chord Theory & Chord Progressions. Don’t worry, it’s easy as cake.  I use a piano to play music and will be teaching my knowledge through it. This Music Theory can be applied to any instrument, but it’s the easiest to visualize on the piano. All you need is a piano, two hands, and a desire to learn. 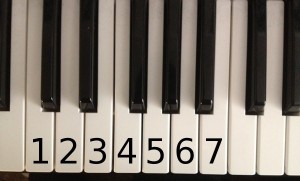 So as you’ve noticed, the piano has many white & black keys with repeating sections. And if you count them, there are 12 keys in-between each repeat. Thats 7 white keys & 5 black keys.  I call this region The Main Playing Field.  What determines what note you start on, is what key your playing in.  In the picture here, The Main Playing Field starts on C, because we are in the key of END_OF_DOCUMENT_TOKEN_TO_BE_REPLACED

I love playing music on a variety of instruments and teaching my friends subtle patterns in music theory that I notice.  That’s when I realized why not start a blog teaching everything I know about Music Chord Theory.  I’m constantly learning new things each day as I explore the chords and how they interact with each other; so new information will constantly be flowing.  Before I start, let me use this entry to explain my musical background.

I’ve been playing instruments since I was very little.  Like everyone else, I started with the END_OF_DOCUMENT_TOKEN_TO_BE_REPLACED

After many hours, the site is near completion.  All of the content is up and all that remains is some styling to spiff everything up.  This first post is more of a test post than anything else.

Let it be known throughout all the land that this site is now up and running!